Growing up in my rural village of Tatum in the NorthWest region of Cameroon, I never really knew about the existence of International Women’s Day until I was about twelve years old. It was 2005 when I was taught in school about the various international events or days observed by Member States of the United Nations, including Cameroon. At that level, it was only mentioned that International Women’s Day was one of the important events. But since it was not celebrated or observed in my village at the time, I had no idea of what happens on this day.

The first time I participated in the celebration was in 2016, was when I was 24 years old, working for a local non-governmental organization (NGO) in my village of Tatum. Some of the activities carried out included a race, match pass by all-women groups, talks and speeches by women representatives from government and other government officials. All messages were geared toward sensitizing women on their rights, their role in society, empowerment, the importance of education, and how women can protect themselves from social ills.

In the days and weeks around International Women’s Day celebration in Bamenda, it has been observed that the regional delegation for women empowerment and the family, non-governmental organizations, political parties and common initiative groups bring together women at some corners to provide education that can enhance their well being. Women are encouraged to engage in income-generating activities and learn a trade in order to generate income and improve their standards of living instead of sitting at home and remaining dependent on others – particularly their husbands. Bamenda is a city occupied by people from diverse cultural groups with different beliefs. Some cultures restrict women from visiting the hospital when ill with certain diseases, pregnant, from taking tablets or vaccines. Some also promote genital mutilation in girls. During the education around International Women’s Day, women are sensitized on the dangers of such cultural practices to health and are called upon to shun cultural practices that may damage their health and that of their female children. Some cultures and religions also promote early marriages among teenage girls. This is also addressed during the educational activities. It’s discouraged, and men and women, in general, are called upon to protect the health of their little girls by avoiding sending them off for early marriages and instead investing in their education.

International Women’s Day is also a time when women are reminded to perform their civil responsibility, such as contributing to nation-building, staying away from crime, reporting cases of violence against them, and promoting national unity. Another area of focus has been to encourage women to engage in politics and occupy political and leadership positions. This is vital for women because when more women are part of the decision-making processes in the country, there’s bound to be a provision of appropriate solutions to women’s problems, since a woman’s problem is understood better by a fellow woman.

International Women’s Day to me as an individual is important because it has improved the lives and status of women in society. 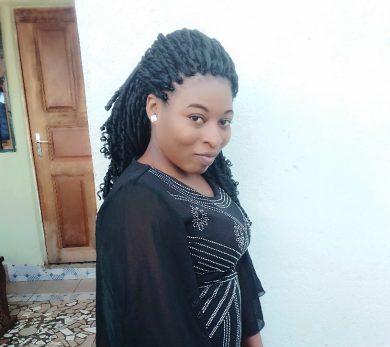